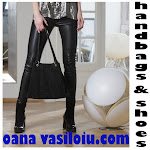 The Balkan Region is a melting pot of bright colors, ethnic patterns, bed time stories and legends ready to explode across Central and Eastern Europe. The Balkans is virtually unknown to the Western world, rooted in an aura of mysticism, misunderstood ethnic traditions and threatening people. In reality, the Balkan culture, ethnicity and peoples are as culturally unique and rich as in any other part of Europe. Balkan artists are traditionally ignored by the world in part due to geographical separation as well as cultural and prior political barriers imposed on them by past communist and socialist leaders. In many cases aspiring Balkan artists were simply not able to travel to the west to exhibit their work and limiting the spread and influence of Balkan artists. Conversely, the few western artists whose art was influenced by their travels through the Balkans were able to make some splashes in the hermetic, corporate western art world. It is more obvious than ever that Western Europe treats Balkan artists like second class citizens.

Definition in The  Socio- Political Context

The Balkan Expressionism Movement is a response to this situation with a goal to be an umbrella and unifying voice for painters, writers, sculptors, architects, musicians, and poets from a society with a low level of international respect, but with a great deal of genuine talent.


Collecting centuries of ethnic, aesthetic tradition flowing throughout South-Eastern Europe, this new artistic movement is slowly making its way to the surface of popular western culture, entertaining the masses, the new proletarians. Movies like “Black Cat, White Cat”, bands like Gogol Bordello, or simply gypsies playing music in numerous city streets, piazzas, parks and squares demonstrate the public interest in this culture. Many creative people have recently begun to share the same aesthetics, building a strong audience for this type of artistic manifestation.


However, the brutal reality is that, quarter century after the fall of the Iron Curtain, Europe as much as the rest of the world, remains ignorant to the art and artists from the Balkans. This is why many artists sharing this Balkan aesthetic are now challenging the world to accept artistic values that are ethnographically and sociologically different than typically accepted in the West.


Many of us agree that art is not limited to business, money and corruption as it has lately been made. The general public has realized that true art does not fit the pattern established by corporate museums, compromised curators and meaningless brand name artists. In fact most people are searching for an alternative to this state of affairs, and no longer trust the „underground art” that has become a household name itself! We believe that the Balkan Expressionism Movement is a vehicle for a change to this paradigm and therefore a good reason for everyone in the art business to fear. In order to become a strong voice in the art world, the Balkan Expressionist artists must become united and willing to shake up a system that ignores them!


Facts prove that there are tons of creative, artistic ideas, and many of the artists who possess these ideas would join this “ship of fools” here in the Balkans. In reality, there is so much substance in the Balkan folklore, in the urban stories, in popular design; enough to feed creative from all over the world.
Who Are We!


Despite the attitude of the West, we, the Balkan Expressionists, welcome outsiders in our pool of genes.  We know there are artists dreaming of being involved in an art movement that might shake up the world as we know it. We offer them an opportunity to take issues in their own hands and spit on false rules of the so called “art market”.


Many of us have been cheated by the EU policy on arts that helps Eastern European artists in name only, but actually serves to block the development of regional art. EU funds for art are provided only through local governmental and non-governmental organizations, not to the artists themselves. This means that the local established art organizations control the requesting and distribution of art funds and routinely direct these funds to artists who meet their preferences and objectives. The funds are not provided to artists who possess the best aesthetics or to encourage new art movements or to under-represented segments of the local art community. Unfortunately, the art business is not immune to the ‘good old boys’ network, where those who have connections end up with the bulk of the art funding and artists who do not know someone in the local art, establishment, regardless of their abilities, end up with nothing. Without the support of the establishment, their work receives no exposure, no significant exhibits and therefore is likely to remain obscure and short lived.


The time of „art hooliganism” has come!  As long as we’ve been pushed to become the outlaws of European art, we are ready to take to the fight with nothing to lose. Every artist who joins The Balkan Expressionist Movement, results in the ”established art” and so called „post modern" art losing its breath. The good news is that a breath of fresh air is coming that smells like freedom – The Balkan Expressionism. Let’s not forget that our countries are the only ones capable of Revolutions and wars, so our artists can do the same!


·         If you're not brainwashed, don't wait for success to catch you, pursue your success and make it happen. Do not waste time waiting for State or EU funds to support your work, as the funds are dedicated to a pre-set artistic “elite”.


The method and complicated mechanism of European funds distribution as well as the insufficiency of these art funds creates a situation where these funds are very difficult to obtain. It is well known that artists do not deal with bureaucracy very well. Applying for these funds requires more than common sense when it comes to paper work. On top of this, most of the state and EU funds are designed for NGO or Foundations, and are distributed only to artists who are “part of the system”, so those without the right connections will not have access to funds.

Generally speaking, anything that is too loud or too much in your face should actually be accepted and nomadic artists should be allowed to perform in public places without city permits.

Yes, people like you, that truly have to make a living out of their art should go out and perform, play, paint and exhibit their work in public places all over the world. As a matter of fact, no authority should treat a free artist badly! An artist should not be required to obtain permits to show their art, because they are a service to their communities, educating and stimulating the masses, without doing anything wrong. Even selling your art on the streets should not be an issue for taxation as far as we are concerned. No artist selling its original work on the street is creating fiscal distress to the society.

·         That surviving through art does not necessary mean selling your art in „proper” artistic venues as much as showing and selling it on the streets to the people that truly appreciates it and do not consider it merchandise.


Take in consideration that today, fewer and fewer people enter galleries and museums around the world. Most of the population is busy working to bring bread to the table so fewer are in the mood to visit galleries. True artists should be proactive and show their art to the working class, the ones that truly appreciate it and do not see it as an investment or merchandise. If you, as an artist of any medium, feel the need to set you artistic spirit free and revolted against the artistic embargo set by governments and corporations, go out and show your art to the world.


·         Personal development and the rising of the awareness of the public should be the main purpose.

Believing in yourself and struggling continuously for your beliefs is the number one condition on the path of success no matter what your background is. The truth is that an artist obsessed by success loses his creativity. For most of the people in the Balkans success has a different meaning than in the West. Success is more just a form of appreciation that does not necessarily require financial gain. Success sometimes means just the fact that an audience gathers around you and tries to understand your art. It is sometimes enough that people participate and share your joy and do not hesitate to show it to you.

If you feel that there are too many unwanted compromises on the path leading to success, if you feel that you stand alone in the jungle of the art world; then just get together, finding roots in the simple facts of life- the low life, the poor, the folklore, the urban legends should be the inspiration.

Balkan Expressionist artists should help fellow artists from immigrants to refugees, from renegades to rebels. As all artist fight on the same ground an struggle with the same basic needs, why not thinking of the poor, most unfortunate. What about the artists that had to leave their families, their countries due to war or religious persecution? The Balkans offer many examples of refugee artists seeking shelter in other countries because of these issues. Who’s helping them? These are people with less than us, having no one to ask for help.


Balkan Expressionist movement invites artists to be part of new history (part of new art history), to join a life time experience, exclusively based upon freedom of their souls. You can subscribe to this statement by simply sharing it on your social media outlets and by calling yourself a Balkan Expressionist Artist
Note: This Manifesto is the result of a thinking process of visual artist Paul Hitter, art curator and gallery owner Eugene Al Pann and art collector and art critique Steven Thompson.